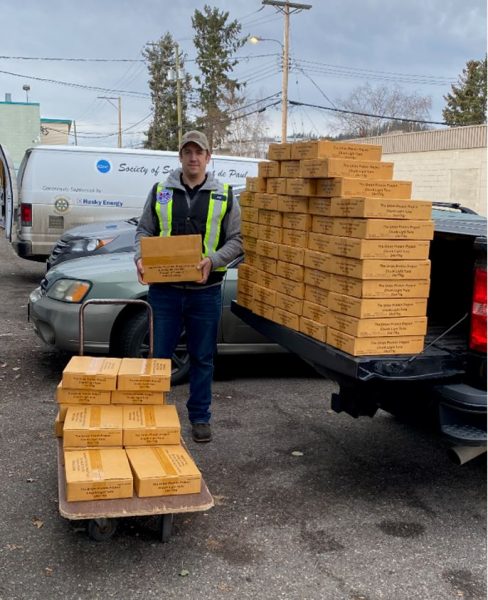 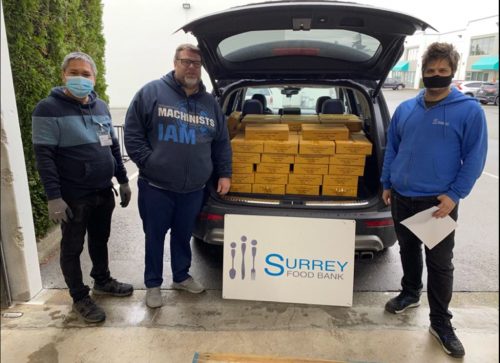 Service to the Community is not only part of the IAM’s motto, it also forms part of our core belief and practice. This has again translated into IAM members doing their part and looking out for the greater good.

In 2020, LL692 filed a grievance against Finning Canada for work that was performed by a non-union company at a workplace in Kamloops, B.C. The grievance also included virtual upgrades to machines, as that work too should have been done by members.

After months of discussions by District 250 Business Representatives Reo Elkin, Chris MacDonald (and eventually Jay Garneau) and Al Cyr, the company agreed to pay a monetary penalty of $15,000.00.

The Local Lodge Executive Board decided the award should be donated to a charity. Due to the hardships some of the communities are facing due to the pandemic, they decided to send the money to the Union Protein Project, which will buy 8 half-pallets of canned tuna (70 cases per half-pallet).

The greatness of character of our members, and our union community shines through continued efforts to help the communities where they live, despite the challenges they themselves face.

The Union Protein Project is a non-profit society started in 2006 by unions and the United Way who saw a way to make a real difference in our communities.

March 13 – General meeting in Prince George. 17:30 at the Coast Inn of the North